Tuesday we finally got stream team done.  I only had 4 volunteers.  Rain was predicted, and rain it did, but at least it did not thunder.  It never rained too hard, and it was hot and humid.  The mosquitoes were the worst.  Normally, we do this in March, when there are no mosquitoes out.  The river was higher than we’ve ever seen, but just doable in hip waders.  The stream didn’t score too well this time, probably because of the high flow.  We did find a huge crane fly larva though.

I think the word we used to use was…”Gnarly!”

Stephanie didn’t want to touch it.

Wednesday was the last day of Vertebrate Field Biology.  By popular demand, we went back to Lowell’s.  This time it was warm and wet, rather than cold and covered with ice.  It rained all the way there, and sprinkled periodically during our initial walk around the place, but stopped for the rest of the day.  The grass was thick with ticks, and we stopped periodically to deparasitize ourselves.  We saw a fair diversity of birds, starting with the gray catbird, which I’ve never seen while out with a class.

I hardly ever see one of these, much less photograph one.

We also saw a green heron, two swallow and three sparrow species. After the walk we took a break, sitting in Lowell’s basement and watching birds come to the feeder.  There we got rose-breasted grosbeak and red-headed woodpecker, which were new ones for us.

Then we took a ride in the pontoon boat around the lake.   We saw the geese and their 3 goslings, and picked up the unhatched eggs from the nest.  We saw a few more new birds, yellow warbler and common yellowthroat, which I had also never seen with a class.  We got the orchard oriole and a few more.

The goose family at home.

Brent was juggling the dead eggs and they accidentally bumped each other, whereupon, apparently under the pressure of bacterially generated internal gases, they both exploded.  Fortunately, no one was wounded.  The contents looked like pale tofu.  Brent was also rather late for class.  We had to wait for him in West Quincy to catch up with us.  His sandals were ever so practical for hiking, but at least his bare legs were good for sweeping ticks from our path.
Following this adventure, we did some aquatic vertebrate sampling (fishing).  I had prerigged several rod/reel combos for catfishing.  Turns out, the catfish pond is full of big bluegills, which we enjoyed catching.  I caught one, but Emily and Brent caught several.  Johanna caught a big bass, and Angelica had a big catfish on, but lost it at the shoreline.

Thursday night Stacey and I stayed after work.  Bill and Betty Jo Lloyd brought Savannah over so we could all go to John Wood Community College for the awards ceremony of the photography contest.  We were all pleasantly surprised that Savannah had won big time in the youth division. 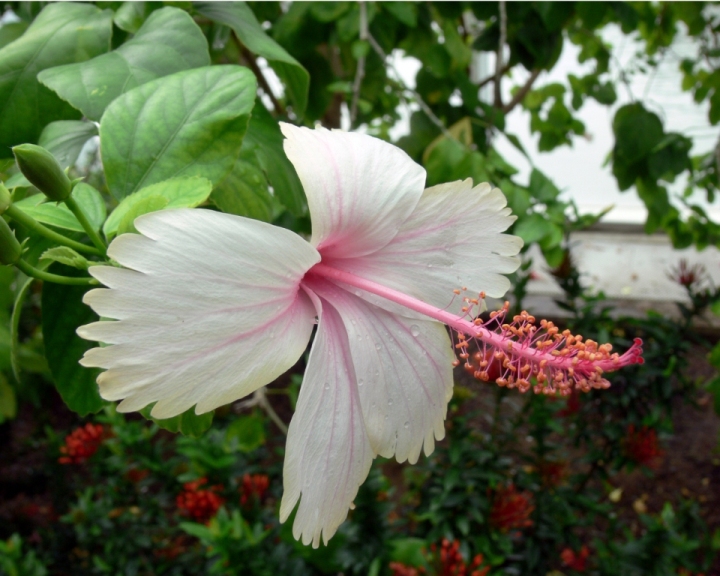 She took this one at the Butterfly House in St. Louis on a short vacation that she didn’t want to take! 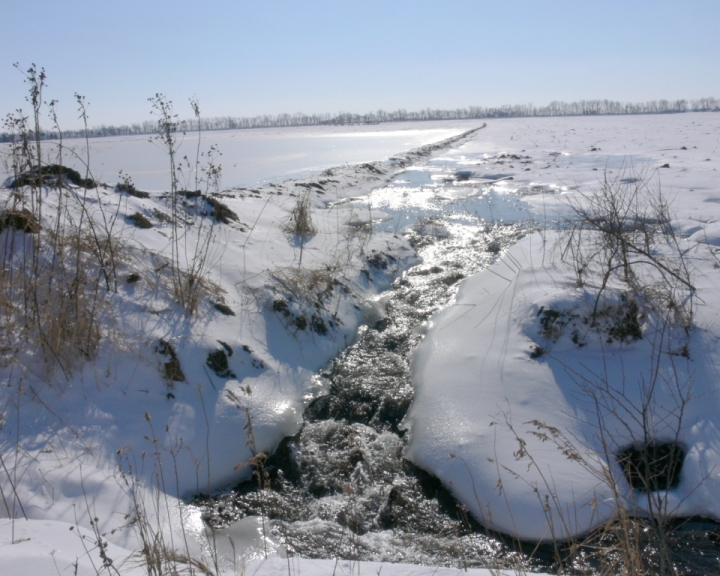 She took this one on our cross-country ski outing last November.  Alternative title: “Dad peed here”

All the winners in the youth division.

The Larva with her pics and certificate.  Note the absence of braces.

She took both photos with my camera.  I cleaned them up with Photoshop a bit (slight cropping and lighting adjustment), matted and framed them.  Stacey always picks the colors of the mats.  We are all very proud of her.  Now she’s an award-winning writer and photographer like her Dad.  Must be in the genes–her Mom’s an award-winning writer too.  She won $75 for her efforts, which she put to use the next day to have her hair done for prom.

Friday I went to Kids Conservation Day at Kibbe, except that it wasn’t at Kibbe this year.  It had rained all night and was still raining.  I thought they were going to cancel it, but they moved it instead to Carthage.  My table was set up farthest away.  People must have a fear of cockroaches.  I did the usual song and dance, except that I gave each teacher a cockroach if they wanted one.  By the time it was over my feet and voice were shot.  I gotta come up with something easier next year.  I met the new caretaker for Kibbe.  He was showing a bunch of reptiles and amphibians.  He mentioned they were moving a bunch of stuff from the WIU campus to Kibbe.  There were a bunch of my old bee hives they wanted to get rid of, so I took them.  I can’t believe they fit in my car.  I had him pull out the herps so I could photograph them.


Savannah got out of school early to go have her hair done, and spent much of the day at a friend’s preparing herself.  Fake nails, false eyelashes–is there any part of her left that’s real? 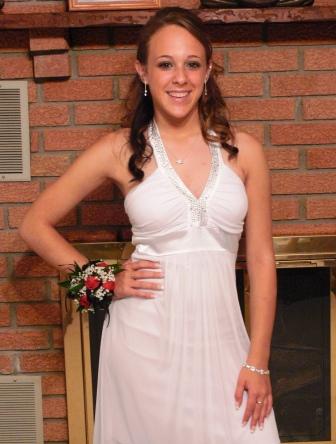 She stopped at the house just long enough for me to snap this picture.  She went to prom, then after-prom, home for a couple hours of sleep, then to a track meet on Saturday.  After-prom was boring, apparently.

Saturday Stacey and I went to Quincy.  It was the Dogwood Festival, but we just went to plant sales and garage sales.  We got some deals.  We skipped the parade.  At noon we went to my Division end-of-semester party, held at a cabin on the river.  It was fun.  Seems like almost everyone else has young children.  We’re the old farts now!

Sunday I stayed home and planted all the stuff we had bought on Saturday.  I hauled away the leftover brush from last week, chainsawed some small logs, and cut down a couple of my neighbor’s trees.  My new chainsaw cuts like a breeze.  So smooth, like a hot knife through butter.  At the brush dump, I picked up a couple of pieces of firewood, one small piece of OSB, and some rocks.  Natural rocks can be hard to come by, and someone had dumped a bunch down there.  I took two loads, including a few I could barely lift, but they’ll come in handy when I redo the fish pond. Stacey had gone straight from church to a house-burning.  This was practice for the volunteer fire department.  She had fun, mostly handling hose and so forth.
In the afternoon we went to the spring piano recital.  There were some kids that were pretty good.  I video recorded all of Savannah’s.  She was quite good, considering that she almost never practices.  I wanted to post the video here, but it’s 188 Mb, exceeding my storage limit.  Here’s the still anyway. 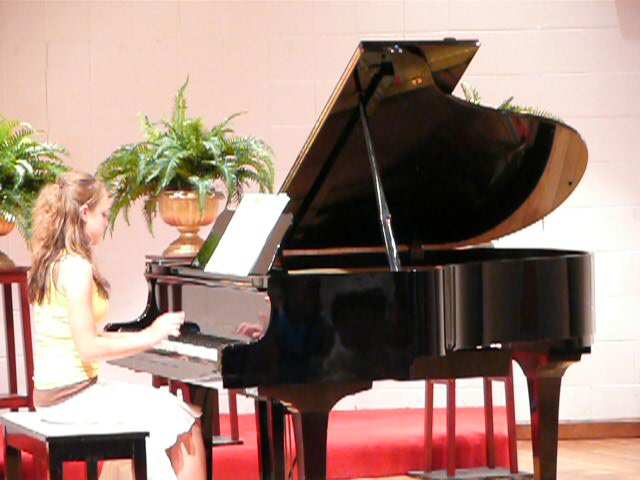