Thursday I went up to the Stookey’s and cut half a load of firewood.  I took advantage of the frozen ground while I could.  After unloading, I pulled all the fencing out from the prairie.  The ice storm of December had destroyed much of it anyway.  I think the plants are mostly big enough to withstand the onslaught of cottontail rabbits.

Friday I stayed home, balanced the checkbook and did other jobs mostly on my computer.  I’ve had the camera and big lens on a tripod in the kitchen for the past three days.  With the cold weather, the birds have been hitting our feeder pretty hard. 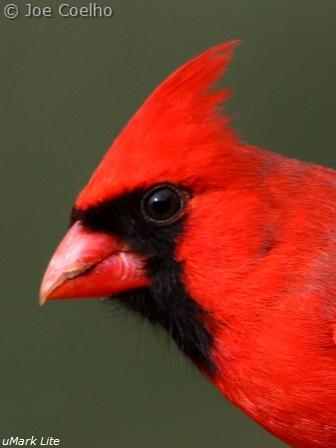 I don’t like grackles much.  They’re obnoxious and they mob my feeder, but they’re pretty up close.  They are not the “blackbirds” we think they are. 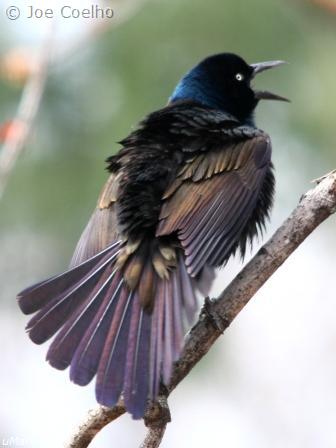 On the ground; courtship display. 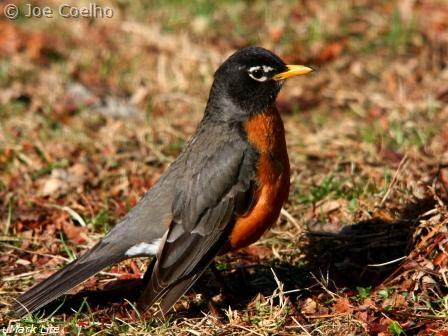 Saturday Stacey and I ran a bunch of errands around town.  She raked some leaves in the yard and I hauled them back to the woods.  Otherwise, it was mostly a relaxing day.  Savannah worked at Orscheln’s.  Now they have bunnies, too.  She spent the night at a friend’s with a few other girls.  They did not sleep much, it would appear.

Sunday I went out to Lowell’s, but that was the subject of a special entry.

Monday was a fairly normal and routine day at work.  I did learn one interesting thing.  I was pitying a member of the men’s volleyball team because they had gone to New York, Pennsylvania and other cold places over the break.  On the other hand, the softball team had gone to Florida, which I deemed a much superior destination.  Until one of the players told me that the house they were staying in in Florida was broken into and all their stuff was stolen.  Bummer.  Also, their starting center fielder broke her leg.  They don’t like Florida anymore.