We had major storms over the weekend.  The fire department had 14 calls in 48 hours.  It’s all kind of a blur to me now, in part because of sleep deprivation.  We went out for rescue calls, burning trees, downed power lines and structure fires.  What we spent most of our time doing however, was pumping water.  We got so much rainfall in so short a time on saturated ground that parts of town became flooded.  Fire trucks are great water pumps.  We pumped out the street in front of senior housing twice.  After the last downpour we had to pump water from the catchment basins over the levy and into the  Mississippi River.  The big city pump that lives in a pump house down there was out.

This is where we were pumping.  You can see the water in the foreground on the left and the 5-inch diameter hose going over the levy to the right in the background.  The fire truck (Pumper #111) is partially hidden behind the pump house.

This is the flooded area we were pumping out.  Normally, it’s a small, quiet pond, known locally as “The Slough”.  The ominous roll cloud  that can be seen approaching did not drop any rain, thankfully.

This is how much water we had in front of the fire house.  Stacey’s car is for scale.

Did I mention we had wind?  And at 1 a.m.  We didn’t get much sleep.  It wasn’t a tornado, but very near 80 mph straight line winds.  Glad this is not my house.  The whole area for several surrounding counties was affected.  It’s not nearly as bad as the tornado was, but still there was lots of destruction, flooded basements, downed trees, etc.  Some places are still without power.

A parent robin died with its nestlings.  In ecology we call this disturbance, an abiotic factor,  causing density-independent limits on a population.

Out of all the fallen trees, this is my favorite one.  It’s in Martin Park in Canton.  The root ball lifted the sidewalk 10 feet, but didn’t break it.  It just separated at the joints.

At home, our power was out about half the day.  Everything on our back porch was blown from north to south.  Our garden tool shed was knocked over, breaking the eggs of the wren whose nest was inside.  Savannah cleaned this up with great sadness.  Today we went to Quincy and rescued all the fish and invertebrates in my marine aquarium there.  Though the power went on while we were in the act, I wasn’t confident it would stay on.  We brought them home in pitchers, with a power inverter and air pumps to keep their water oxygenated.   Everything is still alive.

We spent the afternoon clearing the yard of debris.  We had no trees down, but lots of medium and small branches.  I did all the chainsawing, while Savannah helped pull the branches to the roadside, where city crews will later pick it up.  We got a little firewood out of the deal.

OK, now for some happy pictures!

We spotted these cattle egrets on the way to Bob and Jaime’s little get together.  The egrets are perched on a cattle feeder in a pasture with a bunch of cows.   How cliche’.

This bullfrog was living in Bob and Jaime’s little fish pond.  At least it was, until Taylor chased it around so much that it left.

I tease.  It is my solemn duty to harass teenage girls.  Mission accomplished.

I finally got back out to Lowell’s last week.  It’s been raining so much, it’s hard to plan for fishing or anything outdoors. The cicadas were still out in force.  It was a decent day to fish, but I caught most of mine on a topwater cicada mimic.  It actually looks a lot like an oversized periodical cicada, but has the action of a jitterbug.  It was a great day for butterflies and dragonflies.  Wish I had gotten more of them.

Jade Clubtail–seems to be looking at the camera.

Tiger Swallowtail, sunning in the morning.

Female Common Whitetail.  Looks like she has 8 wings, but 4 of them are just shadows.

The white fuzz in the center is a nestling Eastern Kingbird.

I’ve been building up my marine aquarium at home.  I’ve had terrible luck with fish, but the invertebrates have been thriving.  So I bought more.

For those paying attention, you’ll notice three phyla in this one photo, Cnidaria (sea anemone, left), Echinodermata (brittle star, center) and Arthropoda (hermit crab, right).  I love that the brittle star has taken the little cave in the limestone in the middle of the aquarium.  It lives in there like a beast in a lair.  When I give it a piece of shrimp, it curls and arm around it and hauls it in like a monster.  Today I got a sea urchin, emerald crab, and banded coral shrimp.

I took Stacey out on her first kayaking adventure last Friday.  We took them out on Wakonda Lake.  It was a cool, overcast morning with no wind–perfect.

This Great Blue Heron was undisturbed by our presence.

She did great in the little blue kayak.  The only thing she doesn’t like is getting water on her legs.

I was invited by John B. to fish his neighbor’s 25-acre lake.  This lake is known for it’s 5+ lb largemouth bass.  I’ve caught one there before.  Things went kind of slow at first this time, but they picked up when I switched to, you guessed it, the cicada lure.

Most of my fish were pretty small.  This one was a level 5 pounds, but you can see how thin he is.  If he’d had anything in his belly, he’d have gone 6 easy.

I have noticed a proliferation of swallowtail butterflies this year.  That’s good news, but I haven’t been able to get any in front of the camera until recently.  This one was in the back yard.

This one was in my prairie in the back yard.  While somewhat overrun with goldenrod, many of my original plantings are thriving.

My neighbor has a purple martin house, and gets them nesting there every year.  I stopped by to photograph them, but it turns out to be difficult.  The dark purplish color just sucks up light.  It looks like a blackbird.

There are a lot of common whitetails out right now.  This one was in the flooded fields along the Mississippi River.

The periodical cicadas are still out and calling, though I suspect they’re beginning to decline.  I went to the home of one of my students.  She has a full chorus of them, and plenty of low-lying ones to see.

Portrait of a periodical cicada.

Her neighbor has horses.  They came over to the fence to be friendly.

I’d never noticed a horse with mosaic eye before–note that one is blue and the other brown.

I believe this is the Banded Hairstreak.  If so, it’s a new species to me.

While I was at the office, I looked looked in on the North Campus prairie.  It looks really good right now.  There are hardly any weeds, and the planted species are coming on strong.  Many are in bloom already. 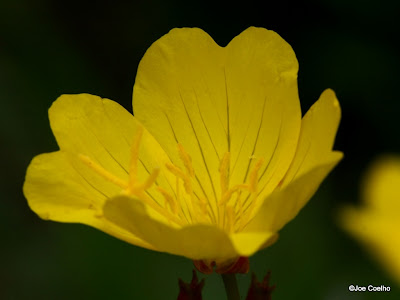 Monday I gave a talk on periodical cicadas to the La Grange Garden Club, of which I am the token male member.  Coincidentally, the thickest emergence of cicadas I’ve seen in a long time was going on right in the area.  The pool house acted like an amplifier, and I could hardly hear myself think, much less speak.  Nonetheless, it was a fun little talk to give.  The yard was beautifully landscaped, and literally dripping with cicadas.  So naturally I took advantage of the opportunity to photograph them, especially during different behaviors.

Ovipositing (laying eggs)–you can see her sword-like ovipositor jammed into the stem.

Ovipositing–as seen from the other side.

I saw my first Cobra Clubtail in this same spot two years ago.  I couldn’t believe my luck when this one let me get this close with the macro lens.

And even closer.  I am really starting to like this lens.

I forgot to run this pic in the last blog, so here’s a shot of the Big Guy on our drive through Iowa.

He loves to go for a ride.  He doesn’t look shaggy like this anymore, as we just had him groomed.  He’s half the dog he used to be.

Last Friday found Savannah, Joe LaCount and me on a kayak expedition.  All the streams were too high, so we elected to paddle through the flooded cornfields again.  We probably won’t have another chance to do it this summer, and besides, Savannah had never been there.  There were orioles everywhere, and I saw the first Great Crested Flycatcher of the year.  We paddled down to the bald eagle nest.  This time we could see the eaglets inside, almost ready to fledge.

There are four eagles in this picture.

At one point I saw a softshell turtle on a log.  As I was going for my camera, Joe accidentally coasted too close and spooked it.  He felt kind of bad about that, so two days later he stops by the house with a small softshell that he had found crossing the road.  It was a beautiful specimen.  I love it when people bring me reptiles.

Smooth softshell turtle (Apalone muticus).  According to my field guide, I’ve never seen this species before.  The spiny softshell is much more common.  Naturally, I took many shots from many angles.

Kind of looks like a pancake.  Though this species is notoriously aggressive, this individual was tame, and never attempted to bite.

Those nostrils are actually diagnostic.  The spiny has big, bean shaped nostrils with ridges in them.

The periodical cicada emergence has been in full force since the weather warmed up.  I had agreed to help with mapping the Brood XIX emergence, especially the small finger of their range that was supposed to go up into Southeast Iowa.  So I decided to make the first outing a motorcycle ride.  I packed the camera bag and a clipboard.  I mounted my 10-year-old GPS unit on the handlebars.  It was a great day for a ride, though a bit hot.   I confirmed that they were in Shimek State Forest near Farmington.

That’s where I shot this guy, who I found on the ground, a victim of deformed wings.

Around the edge of the woods I spotted this caterpillar devouring a leaf.

I also found the cicadas up near Keosauqua, which was farther north than I expected.  I recorded them all the way back, with huge numbers in Memphis, MO.  I wasn’t certain I had found the northern limit of their distribution.

Stacey agreed to go back out with me the next day.  We decided to take the car and bring the dogs with us.  It was a minor adventure.  We stopped in Farmington to see Hel Mart, which was supposed to be really interesting.  Stacey went in while I waited in the car.  She was disappointed.  So we stopped at the Dutchmen’s store in Cantril, where Stacey bought some goodies.  From there we ran back up to Keosauqua and had lunch at Misty’s Malts.  For the second day in a row, I had a chocolate malt there.  Yum!  We proceeded north, beyond where the cicadas were calling.  We ended up in Eldon, which is the site of this historic artifact:

We drove back south, stopping to listen at every wooded patch.  We stopped at a cemetery just to walk the dogs and heard a single cicada calling.  I was much more confident that we had found the northern limit after this trip.
Sunday I had to work on long-delayed yard work.  While I was mowing, this guy jumped out of the grass and climbed the maple in the front yard.